Charity sector is slipping off the political agenda, warns lawyer 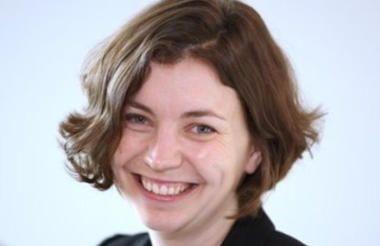 There’s a concern that the charity sector is “slipping off the political agenda”, according to a charity lawyer.

Abbie Rumbold, partner and head of public service reform for Bates Wells and Braithwaite, said the recent move of the Office for Civil Society from the Cabinet Office to the Department for Culture, Media and Sport, raised concerns that “the sector was no longer at the heart of things in the way that it had been when it was at the Cabinet Office”.

Speaking yesterday about the implications of leaving the EU at the Charity Law Association conference, Rumbold said a potential downturn in the economy as a result of Brexit, could see charities affected by public spending decisions.

Despite recent announcements by the Conservative government that the austerity agenda will be relaxed, public investment was likely to be directed towards infrastructure rather than charities, she said.

While there was “opportunity for charities and social enterprises to get more involved in the delivery of public services as possibly those are expanded”, much of the focus on public spending has been on infrastructure and large-scale projects, Rumbold said.

“It’s hard to see that local authorities and therefore charities are going to get a proportion of that that they’d hoped for,” she said.

The decision to leave the EU has highlighted serious social divisions in the UK but the charity sector is well placed to address concerns and repair community cohesion, Rumbold said.

But she said the sector’s role in doing so, would also result in an increased demand for services.

“Coupled with that, we have financial instability. So while we have greater demand, we have fewer resources to be able to deal with it. We’ve got the decline in charitable donations which has been predicted as a result of Brexit, amid funds that won’t keep pace with projected increase in demand,” said Rumbold.

Key areas of the charity sector that are likely to be affected by Brexit, include international charities which could see costs rise as a result in the fall of the pound. Pension deficits are also likely to be a “huge concern” to charities as a result of Brexit, said Rumbold.

“With further cuts to interest rates, that’s not likely to be good news for the sector,” she said.

Care charities that struggle to employ UK workers, would also be affected, she said.