Charities which have “single sourcing” contracts for production and postage of their direct mail will have to pay 20 per cent VAT on those contracts from the start of this month, HM Revenue & Customs has confirmed. 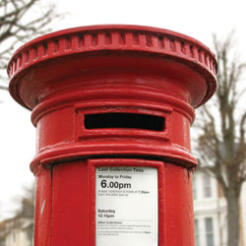 Charities which have “single sourcing” contracts for production and postage of their direct mail will have to pay 20 per cent VAT on those contracts from the start of this month, HM Revenue & Customs has confirmed.

It has also said that VAT could be retrospectively applied to contracts going back several years, although it said direct mail agencies, rather than charities, might have to pay this bill.

Direct mail specialists have previously said they were concerned that HMRC was adopting this position, and HMRC has now issued further statements which it said should “clarify” the position.

Specialists said "single sourcing" contracts were "extremely common" and used by the majority of charities.

One charity direct mail fundraiser said if 20 per cent was added to costs it would “kill cold direct mail” altogether and make it extremely difficult for the industry to continue.

A direct mail specialist also said the existing uncertainty over the correct VAT treatment would likely make it extremely difficult for charities to operate campaigns in the short term.

However he said providers will be able to develop alternative, more complex VAT arrangements which they hope will protect larger charities from most of the cost.

VAT experts advising the Charity Tax Group have previously said that HMRC’s interpretation is wrong in law, and that a legal challenge would likely be successful.

Previously, most direct mail providers have charged zero VAT on single sourcing contracts – where one provider offers printing, sorting and postage of direct mail. But HMRC sent a letter to the Direct Marketing Association in the summer saying it believed VAT was due on direct mail at the standard rate of 20 per cent.

Charity representatives, including the Charity Tax Group, said the letter did not make the position clear. HMRC said it had now sent further letters to the DMA and CTG to “clarify the position”.

Single sourcing was introduced in 2012 after changes to VAT rules which meant charities would have to pay 20 per cent VAT on postage, potentially costing the sector around £20m a year.

As printing contracts are zero-rated, providers rolled postage into existing printed contracts, saying that delivery was “ancilliary” to production and printing, and continued to charge VAT at zero rate on the whole contract.

HMRC has now issued a statement saying it believes this is the incorrect VAT treatment, and that including postage makes the entire contract standard-rated. It said officials “expect all supplies to be treated correctly from 1 October”, meaning that costs should rise by 20 per cent immediately.

Businesses’ belief that they did not have to charge for single sourcing was based on an HMRC rule which says that VAT is not charged if a business pays for a product to be delivered to its customers. However HMRC says in its latest statement that this interpretation of the law is incorrect.

"In 2012, following changes in the VAT liability of certain postal services (as a result of a European Court decision), some businesses ceased delivering printed matter to their customers to post themselves, and instead posted the printed matter on their customers’ behalf,” the HMRC statement says.

"HMRC considers that this type of supply is one of 'direct mailing' which is the preparation, printing and posting of their customers' mail, for example publicity or advertising material.  Such services are normally VAT standard-rated.

“There has been no change in policy by HMRC.

“The most recent letters confirm the HMRC position has not changed and clarify the position. Where there have been errors in the past any underpayment of VAT would be due from the marketing company and not from their customer.

“In cases where errors have been made we will consider each case on its own merits - including the specific circumstances that led to direct marketing services being incorrectly zero-rated. We do however expect all supplies to be treated correctly from 1 October."

“This could slaughter charities”

Stephen Pidgeon, a fundraising consultant and former trustee of the Institute of Fundraising, said that if the worst-case scenario of a 20 per cent increase in costs came about, it would cause severe problems for charities.

“The headline would be ‘Government taxes charity fundraising’. That is how stupid it would be,” he said. “It would pretty much kill cold direct mail and it would make it very difficult to do any form of paper-based direct fundraising.

“It would really slaughter charities.”

Extra costs “could largely be avoided”

One direct mail provider, who asked not to be named, said: “It would make it extremely difficult for charities in the short-term. There’s a lot of uncertainty and it might mean charities just decide to do nothing for the moment.”

He said that direct mail providers had been left in the dark over the changes and had not received any information from HMRC.

However he said that it should be a relatively quick process for larger direct mail providers to split existing single contracts into three parts – printing, sorting and “final mile delivery” – and that only the sorting, the least expensive element, would be subject to VAT.

“As I can reclaim my VAT, I might just pay for the sorting myself, and increase my management charge to the charity to compensate,” he said. “The charity would be no worse off, and might not even know anything had changed.

“But that would only work for larger and more sophisticated organisations. For a hospice which does a little bit of direct mail with a local printer, this could mean big cost increases.”

This story has been corrected to say that Stephen Pidgeon is a former trustee of the IoF.