Just over two years after the merger of children’s hospices Shooting Star and Chase, the charity has undergone a rebrand featuring multiple logos and backed by celebrities including Nicole Scherzinger and Hugo Taylor.

Just over two years after the merger of children’s hospices Shooting Star and Chase, the charity has undergone a rebrand featuring multiple logos and backed by celebrities including Nicole Scherzinger and Hugo Taylor.

The rebrand, done pro bono by creative agency Fitch, replaces the combined logos with a series of fingerprints – dubbed ‘Friendlies’ – which represent the bespoke care and varied services and emotions experienced at children’s hospices. The new brand hopes to undermine the preconception that children’s hospices as bleak and depressing places.

Fitch director Kevin Doherty supported the Shooting Star Chase charity after his own baby son was cared for in a hospice.

The charity answered some questions about the rebrand. 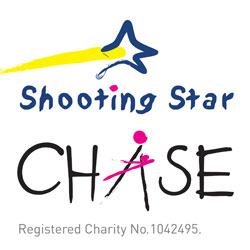 What triggered the rebrand?

Shooting Star, the hospice that looked after Kevin's family, merged with another hospice in the same area called Chase to form Shooting Star Chase.  The new charity maintains the two separate buildings (hospices) but the merger drove operational efficiencies as well as stopping them competing against each other for fundraising.

What is the primary purpose of the re-brand?

To help lift awareness of the new entity but also to be reflective of the care provided by the charity and the positivity and happiness that the right facilities married with great care can bring to families dealing with even the most difficult family scenarios.

How much did it cost?

How have you communicated with staff on it?

Certain individuals were involved throughout the creative process and the new look was launched internally prior to the public launch.

How have you communicated with supporters on it?

How will you develop the new brand going forward?

We aim to grow the 'family' of friendlies through competitions so that it continues to evolve.

How long did the process take?

Three years although it was quite stop-start due to the nature of the merger.

How does the new brand differ from the old?

More mature, and yet more fun at the same time.  It's braver and bolder with greater scope for broader application.