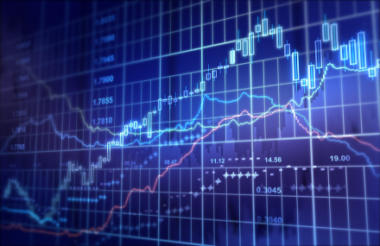 The Commission said in a statement that trustees at all charities are free to decide whether to adopt responsible investment practices, and are not required only to focus on maximising financial returns.

The guidance has been redrafted to clarify this following a listening exercise last year.

The proposals are open for consultation until 20 May.

The Commission said: “The draft guidance is clear that trustees of all charities can decide whether or not to adopt a responsible investment approach that reflects the charity’s purposes and values, and not just focus on the financial return.

“The new draft explains that the rules applying to responsible investments are those that apply to all financial investments, including that trustees’ decisions must always be made in the best interests of the charity, and in line with its governing document.”

In relation to responsible investment, the draft guidance says: “You can decide that rather than just focusing on the financial return on an investment, your approach will also take into account your charity’s purposes and values.”

The guidance says that the Commission is “unlikely to have concerns about your investment approach” if trustees can demonstrate that they have considered issues relevant to their approach, taken any advice they needed and followed existing decision-making principles.

Paul Latham, director of communications and policy at the Commission, said: “During the listening exercise we held last year, we learnt that many charities are interested in considering responsible investments but need more clarity around the regulatory position.

“We have worked hard to ensure our draft guidance is easy to understand and empowers trustees to make decisions that are right for their charity.

“I encourage trustees, charity staff, those involved in investment management, and anyone with an interest in how charities are run to take part in our consultation, to help ensure our final guidance is as clear and empowering as possible.”

The Charity Commission first announced its plans to consult on responsible investment guidance in January last year, saying that it was interested “not just in what a charity achieves, but how it behaves along the way”.

That consultation, which was later described as a listening exercise, concluded in December and found that the main barriers to responsible investment were legal concerns and questions about the need to maximise financial returns.

Charities have been invited to provide feedback under six questions, including the clarity of the descriptions used and how much confidence the guidance will give trustee boards.

Max Rutherford, head of policy at the Association of Charitable Foundations, which has been pressing the Commission for clarity on this issue, said the new guidance “could have significant implications”.

He said: “Some of the proposed changes are welcome - they bring clarity and have a more permissive tone.” But that: “Some of the language is problematic.”

Rutherford highlighted the part of the guidance which says charities can generate income to spend on a charity's purpose or “achieve your charity’s purposes more directly - social, programme-related, or mixed motive investment”.

He said: “To me this presents a false binary. It shouldn't be a choice between financial investment and achieving the charity's purposes.

“All charity investment should aim to achieve the charity's purpose. Some investments might be more proactive in this effort, some less so. Each has risk (and there is a consultation question specifically on the phrase 'responsible investment').”

Yesterday, the Charity Commission for England & Wales launched a consultation on changes to its charity investment guidance

The changes could have significant implications for charities that invest, including foundations (which invest around £70bn)