The Charity Commission has softened its guidance for trustees on the EU referendum after sector bodies expressed concern over the tone of the guidance and questioned whether it misrepresents the law. 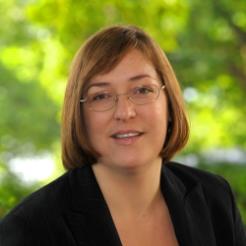 The Charity Commission has softened its guidance for trustees on the EU referendum after sector bodies expressed concern over the tone of the guidance and questioned whether it misrepresents the law.

The guidance no longer says that it is "inevitably by exception" that charities might want to campaign, says that charities are only engaging in political activity "if the engagement can reasonably be seen as influencing the outcome", and softens its rules on what charity workers can say on social media.

Many of the changes are in line with those demanded earlier this week by sector representatives.

However the guidance remains considerably stricter than CC9, the Commission's main guidance on campaigning, and places more emphasis on a legal test that any political activity must be "incidental, ancillary or subordinate to the charity’s purposes".

The guidance also remains stricter and more proscriptive in tone than that produced by OSCR, the Scottish charity regulator, which interprets the same law.

Sir Stuart Etherington, chief executive of NCVO, said that the change in tone “is helpful but a number of inconsistencies remain”.

In a blog to go alongside the updates, outlining the reasons for the changes, Sarah Atkinson, director of policy and communications at the Commission, acknowledged the concerns that had been expressed about the tone of the guidance.

She said that the style and tone of its guidance has undoubtedly changed over the last two or three years, “as you would expect in line with the changes to our regulatory approach”.

She said: “Largely this has been welcomed as providing greater clarity to trustees but we understand some see it as a negative approach by the Commission.

“We won’t be changing that approach, but I hope the changes we’ve made today show that we are nonetheless ready to listen to concerns and seeking to strike the right balance.”

Atkinson said that some of the changes address the question of “will any public involvement in the referendum debate necessarily comprise political activity?” She said that the Commission believes that in the majority of cases, were a charity to engage in the debate, that engagement “could well amount to political engagement”. But, she said that there may be exceptions, such as charities undertaking charitable educational activities.

The new guidance adds that a charity would be deemed as engaging in political activity “if you decide to engage and your engagement can be reasonably seen as influencing the outcome of the referendum”.

The updated guidance also sets out to clarify why the Commission says it will be “by exception” that charities would reach a decision to engage in political activity on the referendum. In the accompanying blog, Atkinson wrote that “is not a new legal test”. She said it merely reflects the fact that, for the majority of the charities the Commission regulates, they “expect that the outcome of the referendum will not be significant enough that they would choose to campaign for one result or the other; and where it is, that care needs to be taken in connection with any engagement”.

Atkinson said that they have also clarified the distinction the Commission makes “between different ways to engage in the referendum and the extent of the risk that this will amount to political activity, depending on how the charity engages and the extent of its engagement”.

She said: “It is difficult in one document to provide clear guidance for all charities and to cover all eventualities but we have made a change here”.

The guidance also clarifies that trustees “cannot guarantee and be responsible for matters beyond their control”, although as Atkinson’s blog states “we do expect them to minimise the risk that the charity is misused”.

A reference to charities being used for the expression of the personal or political views of trustees or staff members through “posters being displayed in charity premises” has also been removed, and the emphasis on such staff tweeting reduced.

It had previously stated that these would be “clear breaches of guidance”, but now states that those “not in line with the charity’s decided position, could risk breaching our guidance and might lead to regulatory action by the commission”. The word “might” had previously instead said “could”.

Atkinson said: “We hope these changes bring further clarity to those who need it. In response to concerns about how the guidance will be enforced and complaints dealt with, the Commission’s approach will be proportionate and risk-based, as our responsibilities as regulator require.”

BWB said earlier this week that the previous guidance from the Commission “misrepresents the law in a number of areas”, contradicts both itself and other guidance, and must be “urgently amended or clarified”.

NCVO has also questioned the guidance. It said it welcomed the fact the Commission has listened, while cautioning that the guidance remains stricter than CC9.

Sir Stuart Etherington said today: “This is clearly a difficult area to strike the right balance and I’m pleased the Charity Commission has seen fit to revise their guidance. A responsible regulator is one which listens and acts quickly to correct issues when they arise.

“The change in tone is helpful but a number of inconsistencies remain - on the one hand it is helpful that the Commission recognises that there are often factors beyond a charities’ control however the new guidance continues to state that charities ‘must not allow’ their positions to be misconstrued.

“The revised guidance fails to recognise that the outcome of the referendum will be relevant to a number of charities and that some will be considerably affected.”

Friends of the Earth has also today confirmed that it will continue to campaign on the EU, following the publication of the Commission's updated guidance. It had previously written to the Prime Minister expressing concerns over the guidance.

Roger Clarke, chair of Friends of the Earth Trust, said: "The EU has been good for the UK's environment over recent decades and leaving would put in jeopardy many of these gains.

Craig Bennett, Friends of the Earth chief executive, said: "EU membership has led to significant benefits for our environment – that’s why we are in favour of staying in. We will not be intimidated against speaking out by the media or politicians."

Asheem Singh, director of public policy at Acevo, said that the revisions were "baby steps in the right direction", but that the guidance is still "unworkable".

He said: "The EU referendum is not a party political matter; it is a public policy issue and charities are absolutely right to determine for themselves whether their beneficiaries will be served one way or another and make appropriate representations in public using the information they have. It would be a dereliction of duty for them to do anything else.

"With this revised guidance the Commission has made baby steps in the right direction, but it remains pedantic, risks shutting out important voices, and constitutes an unhelpful addition to the debate, which already is admirably covered by useful statements of principle like CC9. On the whole it would be better to resile rather than produce yet more unworkable iterations of a flawed document.’