The Charity Commission must stop "trying to play to the crowd" and being "buffeted by the opinion of the day", Sir Stuart Etherington said today. 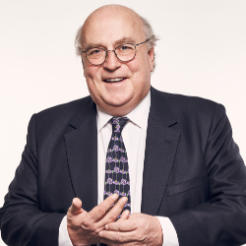 The Charity Commission must stop "trying to play to the crowd" and being "buffeted by the opinion of the day", Sir Stuart Etherington said today.

But he added that the regulator has come under scrutiny recently over "constant perceptions of politicisation". He said the board has been accused of "using their positions to pursue their political agendas - whether it be on independent schools or Europe".

Etherington, who last week wrote to the minister for civil society calling for changes to the Commission's governance, repeated his message today, saying it was important to find a way to address and end these perceptions.

"A regulator of any kind must be steadfast," he said. "Playing to the crowd is unbecoming of a serious, quasi-judicial body. The Commission must be governed by balanced and thoughtful decision-making, not by newspaper headlines.

"The Commission must move now from making the point that it has changed by sounding tough, to focusing on running an effective, reliable regulator," he said.

Etherington also called on the charity sector to focus on its public reputation.

"This year has been characterised by a level of concern about charities greater than any I can remember in my time at NCVO," he said.

"Our relationship with the public is by far the most important that we have. Everything else flows from it. It is time for us to concentrate on that relationship."

Sector leaders should "actively think, all the time" about what they are doing to enhance both their own organisation's reputation and the sector's reputation as a whole, Sir Stuart said.

"There is a growing notion that charities should be seen and not heard," he said, citing the government's proposed introduction of an anti-advocacy clause in grant agreements.

"It will lead to a waste of money and is a clear breach of the Compact," he said. "I don't see how you can resolve these two statements."

According to Etherington, NCVO has pledged to "always defend charities where unfair criticisms are made".

"We will not stand by when unfair attacks are being launched," he said.