Charity chief executives 'are too invisible' 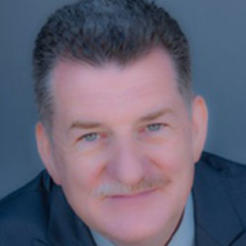 Donald Steel, a former BBC chief media spokesman who specialises in reputation and crisis management, made the comments at NCVO’s annual conference Evolve. He was speaking during a panel debate entitled “How can charities manage their reputation in an era of scrutiny?”

Steel, who saw the BBC through crises including the IRA bomb in its television centre, the murder of Jill Dando and phone-in competition scandals, said that in the charity sector chief executives were not visible enough.

“You need to be a tireless communicator,” he said. “You must be good on television. And be able to relate and engage on an emotional and intellectual level. This is important for stakeholders. Richard Branson, for example, can connect excellently on multiple levels.”

He continued that “invisible leaders” would be unable to connect with the public.

He added that if the public saw charity leaders more, it could become easier to tackle criticisms around charity executive pay.

“When the public sees great leadership they will start to get why we need these top people in charities," he said.

“We are in the midst of a civic revolution and those who feel some ownership in organisation will want more say or more information.”

Commenting further on the press attention towards charity executive pay, Steel said he “raised his eyebrows”, when charity chairs didn’t come forward when their chief executives were “under attack”.

“No one should have to go to the media and justify their own pay,” he said. “The answer from them should be ‘I don’t set my pay’.”

He added that this was not just an issue in the charity sector. He said chairs in the private sector were also reluctant to discuss pay levels they set.

He continued that charities needed to explain to the public what is behind the issue. But admitted that “some of the public will still struggle on an emotional level when they see salaries of some of the big charities”.

“The BBC faced the same issue – even if we explained the rationale behind big salaries. Our CEO is paid less than half of the CEO of ITV – but whatever argument is made some of the public will still say you pay too much.”

He added that there was a consensus around £70-80k being an acceptable salary.

“We won’t get someone for this price though - although we’ll get lots of applicants,” he said. “It’s a tough job.”

He also said another downside to too much disclosure around pay was it would deter people from jobs in the charity and public sector. “Some talented people might start to prefer the commercial sector. You can take a taxi. Your salary is not published.

“This is already happening and it is making recruitment more difficult.”

Bobby Duffy, managing director, Ipsos MORI agreed. He said transparency was the current direction of travel, but that it was not a solution.

“You are putting in front of people stuff they didn’t know," he said. "The new awareness environment will be different paths for different people. It’s still important but you’ll get an emotional reaction from some people.”