Charities urged to shape the future of artificial intelligence 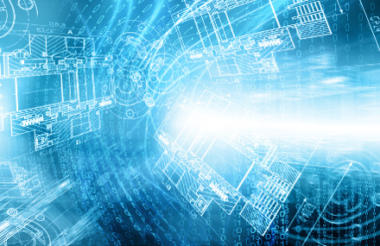 Charities were urged to collaborate with firms leading the way on artificial intelligence technology to help shape the future.

Will Cavendish, ‎a former Google director and expert on AI, was speaking at NPC’s conference earlier this week.

He explained that while there are a number of definitions for AI, it generally refers to computers carrying out complex processes - in some cases more efficiently and more accurately than human beings. These computers are structured as “huge neural networks constantly learning and improving themselves”.

AI is “increasingly ubiquitous” he said. He said it could benefit charities by helping beneficiaries receive answers to simple questions.

'Charities should shape the future’

But he also told delegates that because it is relatively new there are debates about who has “power and control” over AI and “who is going to own it”.

He added that “most people in the field have a pretty strong sense of purpose” but that on social issues charities would be able to provide useful insights.

“There’s a range of things in the space and a huge opportunity to get engaged,” he said. He urged the sector learn about the technology and help “shape” the future.

Charities risk being left behind

Separately the Charities Aid Foundation has submitted evidence to the House of Lords Select Committee on Artificial Intelligence outfling the potential benefits and challenges of AI for the sector.

It has called for more collaboration with the charity sector to develop skills, implement systems and give charities a voice in the debate.

Rhodri Davies, leader of CAF's Giving Thought think tank, said: "Artificial intelligence is already having a huge impact on all of us - even if we don't realise it - and it seems set to transform all aspects of our lives in years to come.

"Government and the private sector must work with charities to ensure they get the benefit of their expertise in tackling social and environmental issues caused by the development of AI applications.  Now is the time to get involved as the pace of development of this technology is accelerating and there is a risk that charities and those they seek to help will get left behind."