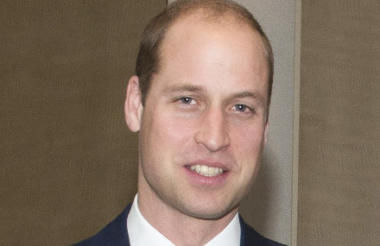 Prince William has said the sector needs to “embrace change” and called for a "big shift" in collaboration in the sector.

He was speaking at the Charity Commission’s annual public meeting in London this morning where he spoke of his family’s longstanding support and passion for the charity sector, which is “at the heart” of the Royal Family’s work.

He praised both and large charities and the many “largely unseen, but all priceless acts of charity”.

“But with this spirit of charity comes a responsibility on the part of those of you who channel the generosity into action.

“The charitable sector has to maintain the trust of those who support it, and it has to both balance continuity and embrace change.”

“Given your central importance, it’s vital that you succeed,” he said, “And to succeed, you need to hold yourself open to account and to have critical friends. Some of the challenges you face are already well rehearsed. Finding more money in a shrinking pot is an existential threat to charities’ survival. Yet survive you must."

He said he wanted a “big shift” in the sector to create more collaboration.

“I have been encouraged of late by examples of real willingness to work together elsewhere in the sector,” he told the meeting. He praised the charities which had come together to support the victims of the Grenfell Tower fire, and the charities Bowel Cancer UK and Beating Bowel Cancer, whose merger he said was “hugely worthy of praise”.

He said he felt this approach could go further.

“Instead of setting up more individual charities working in the same fields, I wonder if we could do more to explore ways of combining forces, working and innovating together?” he said.

“I do wonder at times if the compassion which leads people to set up or maintain charities could not be equally well directed at first finding opportunities to work with existing charities. Competition for funds between an ever-growing number of charities, and the confusion it can cause among donors, can lead to the siloing of expertise and, at worst, territorial behaviour.

“I know that this message is not always easy to hear: charities exist because those who work and volunteer for them each believe passionately in its importance. And they are right to do so.

“But as the challenges of the future begin to bear down on us, I believe that this big shift must begin to happen – the sector must be open to collaborate, to share expertise and resources; to focus less on individual interests and more on the benefits that working together will bring. That, I believe, is where the future lies.”

He finished his speech by paying tribute to the sector and the difference charities made.

“If I may, I would like to conclude on a high note,” he said. “One of the most fun and enjoyable aspects of my work as I travel around the country is seeing your work – a great antidote to cynicism. If you lived your life on Twitter, or on news pages, you could be forgiven for assuming that society is falling apart: natural and manmade disasters, terrorism, economic uncertainty; our national institutions perhaps not appearing to be the bulwark they once were.

These challenges are all real, but they are not the whole story - in fact, they are not even half the story: kindness, compassion, neighbourliness, big and small acts of generosity form the glue of our society, and our links to other parts of the world. Charity facilitates and channels that generosity.

The very word 'charity', which means care and has its roots in the doctrine of Christian love, points to the central humanity and importance of what you do.

“I cannot thank all of you in this room enough for it. We all in this country owe you a great deal for your service.”