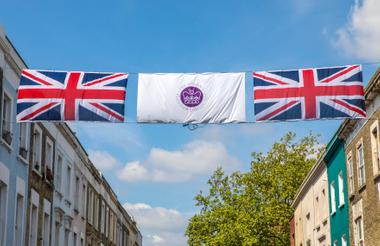 Whether this was with designer hats or fundraising packs, charities like Brain Tumour Research and Help for Heroes found a way to celebrate while raising money for their cause.

Meanwhile, a survey found that most members of the public would not be inspired to donate to a charity because of an endorsement by a member of the royal family.

Brain Tumour Research has benefited from a Queen-inspired fundraiser to celebrate the Platinum Jubilee.

The medical charity’s Hats Fit for a Queen campaign is in partnership with Go Epsom, The British Hat Guild, and Epsom Downs Racecourse.

A selection of milliners have created a one-off collection of hats inspired by the seven decades of the Queen’s reign to be auctioned off by Brain Tumour Research.

Carol Robertson, national events manager of Brain Tumour Research told Civil Society News: “We are proud and delighted to be involved in this project, and it was wonderful to see our supporters Lisa Connell and Anne McEntee modelling the hats at Epsom a few weeks ago.

“The British Hat Guild’s generous contribution of these regal hats for the Derby will raise crucial awareness and fund vital research that can improve the lives of those living with brain tumours across the country.”

Help for Heroes and hospice charity Demelza issued fundraising packs for the Jubilee weekend, but were unable to share the total amount raised so far as it will take weeks for them to process the funds.

Cure Parkinsons annual Raid Local fundraiser has returned for its third year, but with a royal twist. To celebrate the Queen's Platinum Jubilee, it is asking its support to commit to cycling 70 miles, the number of years that Queen Elizabeth II has been on the throne, or climb 1,952 metres to represent the year of the Queen's coronation, 1952.

The event runs for the whole month of June, so the total amount raised is not yet known. However, a spokesperson from the charity told Civil Society News the event has raised £5,000 for Cure Parkinsons so far.

Paws in the Park fundraiser

The National Animal Welfare Trust (NAWT) in Cornwall hosted a Paws in the Park fundraiser over the Jubilee weekend.

It included a picnic and dog show. Pups were in with the chance of winning a rosette if they were crowned the show queen, show king or royal rescue. Best small dog was measured as being smaller than a corgi, with the best largest being bigger than the Queen’s favourite breed. The fundraiser raised £872 for the animal welfare charity.

A spokesperson from NAWT Cornwall told Civil Society News: “We would like to say a huge thank you to everyone who came along on Sunday for ‘Paws in the Park’ and helped make it such a huge success!

“And also a big thank you to our vendors on the day who all made an amazing donation to the center to help with our day to day running costs. We raised £872.72 which is such a huge achievement. THANK YOU, from all at NAWT Cornwall.”

Organisations like Demelza, a hospice charity, and the blood cancer charity DKMS also conducted Jubilee-themed fundraisers for their charities.

The survey, which was conducted by YouGov for the Charities Aid Foundation (CAF) and received 1,098 responses, found that 15% were more likely to give to a charity the Queen was involved with.

Despite this, CAF found 52% of those surveyed would not be inclined to donate due to any recommendation from a member of the royals. 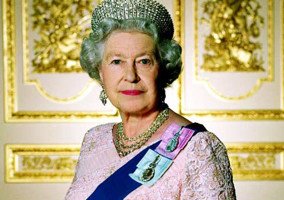 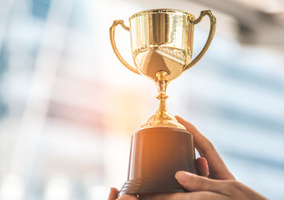