Charities 'must change how they recruit digital specialists' 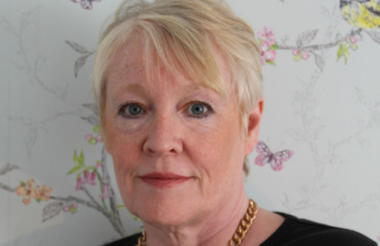 Mary McKenna, technology entrepreneur and trustee of CAST, a project intended to increase charities' use of technology, delivered the opening keynote. She told delegates that many people in the field of technology had never considered working for a charity.

She told delegates they should "tap into your organisation's outside brain and change the way you recruit".

She said that charities needed to be more "proactive" in how they hire technology people, and that they need to go beyond the traditional job adverts.

Even though salaries at technology agencies are often comparable to those of charities, she said many people from that background have "never considered working for a charity because of misinformation in their heads".

"Go to the places they already are," she said, "and tell them that your organisation is a great place to work for."

McKenna also advised charities to ask for support with technology projects from their existing networks.

"Charities are used to asking people for donations," she said, and should "spend a bit of time thinking about who you know could help and go to them with a specific technology ask".

She said charities should be prepared to accept in-kind support such as mentoring or a short-term commitment from people in the technology world.

"Add trustees into the mix," she added. "Ask them to open their black books."

McKenna said charities need to change how they work and adopt some of the characteristics of start-ups to make the most of opportunities from technology.

She said: "The future can be unpredictable - days of having a long-term business plan are gone."

Processes and layers of management, particularly where trustees who meet infrequently are responsible for signing off spending, at charities can "slow everything down", as can the need to the need to produce impact reports or measure against key performance indicators.

She said charities are hindered when competing against private businesses because of all these extra activities.

McKenna said she had seven top tips for charities, to help adopt digital:

1. Use more free and open source stuff, or modify something that already exists. "There is no point building systems from scratch just to get something that is 10 per cent different from other people."

2. Involve senior management and trustees. "I would make it compulsory for every charity to have a digital trustee. It is as important as audit."

5. Use an agile approach "for everything that you can do"

6. Invest in good in-house expertise. Some of the best talent might already work at your charity

7. "Don't be an island" - develop networks, online and offline, with people interested in similar things and share experiences.