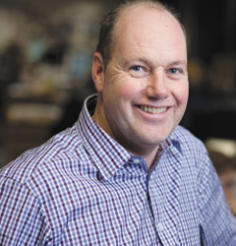 Steve Ford (pictured) was speaking at the School for Social Entrepreneurs yesterday at the launch of its Third Sector Digital Leaders training programme. He said that digital is integral part of what his charity does and that meant that Parkinson’s UK was on the verge of appointing a director of digital transformation and communication.

The new role has been created after the charity set a new strategy, which includes the ambition to make sure that everyone with the disease has access to its services and that by providing services digitally this is a realistic goal.

Ford said that the aim is for the charity to have a “personal relationship with everyone diagnosed with Parkinson’s” and “not just a distant organisation”.

He said that there are: “Some real opportunities to be leaders within this space”. But that the pace of change meant that “in five or ten years’ time an organisation in another country could provide support in a whole range of ways”.

Even though Parkinson’s is a disease which typically affects older people he said that it is important to have a strong digital and social media presence to “future proof” the charity as in ten to fifteen years’ time those being diagnosed with Parkinson’s will expect to be able to engage digitally.

He added that the “challenge here is that people haven’t really stopped to think about how technology can change working practices” so that it’s not and ‘add-on’ to existing activities. And said that “new skills required” which are “possibly not the skills that the charity sector grows from within”.

Zoe Amar, director of Zoe Amar Communications, who has partnered with the School for Social Entrepreneurs on the course, agreed that there is a “skills gap” in the digital charity sector at the same time as those skills are becoming a core requirement in some areas.