Charities lost out on £300m of rate relief last year

Local authorities awarded only £43m in discretionary business rates relief to charities, out of a potential £349m, in the financial year to March 2014, according to statistics published today. 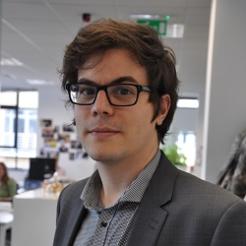 Local authorities awarded only £43m in discretionary business rates relief to charities, out of a potential £349m, in the financial year to March 2014, according to statistics published today.

Charities received almost £1.4bn in mandatory rate relief, according to the figures, published by the Department for Communities and Local Government.

Currently charities can claim up to 80 per cent of the tax back as mandatory relief on buildings that are used for charitable purposes. Local councils can then provide discretionary relief of up to 20 per cent.

Michael Birtwistle, senior policy officer at NCVO, said: “It’s evidently disappointing that local authorities are on average only providing around 12.5 per cent of the discretionary relief they’re able to for charities, but it reflects the difficult funding environment for local government, and practice varies greatly across different areas.

“Changes in the way reliefs were measured and reported between 2012/13 and 2013/14 mean it’s difficult to establish what the trends in the granting of discretionary relief have been, but in response to our survey earlier in the year, several members reported being told by their local authorities that their discretionary relief would be under review from next April.”

The government has begun a review of business rates to tackle potential abuse of the system.

Four sector bodies, the Charity Finance Group, Charity Tax Group, Institute of Fundraising and NCVO submitted a joint response urging the government to scrap the 20 per cent discretionary rate and increase the mandatory rate to 100 per cent from central government.

If mandatory rate relief had been set at 100 per cent in 2013/14 the sector would have received £1.75bn in business rates relief.

The DCLG report predicts that charities will receive £1.42bn in mandatory business rates relief next year and £44m in discretionary relief.