Charity leaders have warned that the sector may withdraw from delivering public services after the government failed to respond to concerns about an anti-advocacy clause in grant contracts. 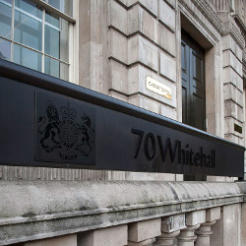 Charity leaders have warned that the sector may withdraw from delivering public services after the government failed to respond to concerns about an anti-advocacy clause in grant contracts.

In a joint statement Acevo and NCVO have said that they are “deeply disappointed” by the government’s response to a sector letter from more than 140 charity leaders. Charity Finance Group and Children England have also said that key concerns have not been addressed.

The letter was sent to the Prime Minister on 10 February and Matthew Hancock, minister for the Cabinet Office, sent a response to Sir Stuart Etherington, chief executive of NCVO, yesterday.

Charities had stressed that they were concerned that the new clause, which prevents charities using government grants to lobby government, is a breach of the Compact.

Hancock’s letter, which is just four paragraphs long, echoes previous statements from the Cabinet Office. Charities say that it does not address many of the points raised in the letter.

He said: “Efficient use of taxpayers’ money is paramount and the new clause is about ensuring government grant funding is spent as intended. Grant funding should not be diverted from its intended purpose to be used instead for campaigning and lobbying unless that is specifically authorised in the grant agreement. Cabinet office guidance will help departments to implement best practice when drawing up grant agreements the terms of which will outline any restrictions on its publications or use.

“The clause is compatible with the Compact as there is nothing in it to prevent grant recipients using their own resources for campaigning as they see fit.

“Finally I should say that I remain committed to and value the work that our voluntary sector and social enterprises do to highlight and deal with the problems that many of our communities face. If any grant recipients have specific concerns about this clause, I would strongly encourage them to speak to their grant manager.”

Signatories to original the letter have said that they are dissatisfied with the government’s response and insisted that the clause is incompatible with the Compact.

In a joint statement Asheem Singh, director of public policy at Acevo, and Charlotte Ravenscroft, head of policy and public services at NCVO, said: “The response from the Cabinet Office is deeply disappointing. It fails to address the very substantial concerns raised.”

They added: “This letter outlined why the anti-advocacy clause represents an existential threat to the relationship between government and charities and to the people and causes they both serve.

“The effect of this threat will be that organisations begin to withdraw from the field because they cannot separate their advocacy from their wider purpose. Without a government grant they cannot carry out important work, but with a grant qualified by anti-advocacy they cannot function in a way that fits their values of trying to do the best for their beneficiaries.

“Charities need to talk to their MPs about developments in their area, need to advise on improvements to policy and legislation, in short need to represent the people and causes that they serve.

“Matthew Hancock talks of the paramount need for the efficient use of public money but the result of the clause will be an increase in cost to government as services disappear and inappropriate policies remain in place for lack of sector advice to government.

“It is a sad indictment of the government's position that Mr Hancock says that concerns can be addressed by individual charities talking to their grant managers. It is ironic that he suggests charities endeavor to resolve problems by discussing them with government, when the purpose of his clause is to deter charities from doing precisely that.”

Andrew O’Brien, head of policy at the Charity Finance Group, said: “This letter shows a complete lack of engagement with the sector’s concerns. Not only is this clause going to be almost impossible to enforce on a practical level, but it is also wrong in principle.

“It also beggars belief that this clause is compatible with the Compact, which was specifically written in order to avoid exactly this kind of clause. The Cabinet Office should halt its implementation immediately, so that there can be a full review into its potential impact and the consequences for the relationship between the sector and government. The sector must also not stop fighting against this clause which damages our ability to service our beneficiaries.”

Kathy Evans, chief executive of Children England, said: “I’m really quite shocked at the cursory tone and lack of substantive content in Matt Hancock’s reply. That such a short reply to took 50 days to produce is frankly inexplicable.”

She was also concerned that Hancock responded just to Etherington when the letter had been signed by more than 140 charities.

“The minister neither acknowledges the collective nature and scale the letter to the PM, nor does he address the specific examples we raised about the potential impacts on grant-funded activities and staff,” she said.

“Simply repeating the statement that the clause does not breach the Compact is neither persuasive nor true. What is quite clear from the closing line of the letter is that the Minister has no intention or desire to continue dialogue with the sector at all, directing us all to our ‘grant managers’ instead. He has mistakenly assumed that all signatories are grant-recipients, and that only grant-funded charities are worried by this measure.

“Children England receives no Whitehall grants and has no intention of seeking any in future. Our deep concern about the anti-advocacy clause is born of a passionate belief in the vital role that charities play in the social change and policy development cycles in our society.”

She added that: “I don’t need a grant from Whitehall to know that this clause is a chilling development in our democracy.”

John Low, chief executive at the Charities Aid Foundation said: "Our chief concern about the new clause is that it is drawn incredibly widely and could have a far broader effect than originally intended. We are disappointed that the minister has failed to address the range of ways in which this clause will impact the ability of many voluntary organisations to campaign. We continue to urge him to reconsider the proposals."