The percentage of people opting in for telephone fundraising from Cancer Research UK has been “tracking at single figures” since the organisation moved to opt-in only communications, a conference heard yesterday.

Sarah Woolnough, executive director of policy and information at Cancer Research UK, was speaking as part of a panel at a Westminster Social Policy forum seminar in London yesterday. She outlined some of the challenges the charity has faced since it moved to an opt-in only model of communicating with supporters, which began in the spring of 2016.

Woolnough said CRUK moved to an opt-in only model with new supporters in spring 2016, and finished phasing opt-in only communications with existing supporters from July of this year.

The charity presented initial figures for new supporters in January, and confirmed today that there has been little change since that point.

Woolnough said that while modelling the impact of opt-in “has been very difficult”, there was "no doubt" it would hit fundraising income, particularly in the short-term.

While it was “too early yet to measure the impact on direct marketing activity”, Woolnough did say that opt-ins to direct mail were currently tracking “at around 20 per cent”, that opt-ins for email communications have “increased slightly to 45 per cent, but that differs depending on the funding stream” and opt-ins for telephonic communications were “tracking at single figures”.

Woolnough also said the move to opt-in had been “challenging” due to the “complexity of touchpoints” through which supporters can sign up and donate to CRUK. She said the charity has “150 different touchpoints. These are a mixture of online, offline and those managed by third party suppliers. So it’s been a hell of a lot of work to change 150 different forms, particularly working with third party suppliers to make sure that change has come into place”.

She said however CRUK believes the change “really was the right thing to do for our supporters” and that it had caused a positive “culture shift” and led to instances of “innovation” across the charity.

In her presentation, Woolnough also said that CRUK has so far received “around 350 suppression requests” in total from the Fundraising Preference Service.

She said CRUK believe this to be “very low” particularly “compared to the volume of marketing that we send”. She also said that the charity has not received any follow-ups suggesting that it had continued to market to people registered on the FPS.

"In the interests of transparency we've received around 350 requests in total from the FPS to suppress communications, which we think is very low compared to the volume of marketing that we send," she said. "We’ve had no follow-ups that would suggest we’ve sent communications to anyone after who has submitted a suppression.”

Woolnough described the FPS as being “set up well, easy to use and effective” and praised the “safeguards and controls” in place which “ensure it runs properly”. 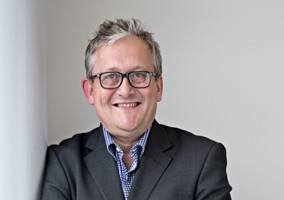