Cancer Research UK (CRUK) “fell short” of this year's aim to increase the proportion of its workforce who come from an ethnic minority background to 16%.

Its annual report, published last week, explains how much progress the charity has made against a number of diversity targets.

It says: “While we increased the proportion of staff from ethnic minorities from 11% to 13.8% this year, we fell short of the 16% we were aiming for.”

Part of the reason the CRUK missed this target was a recruitment freeze, which was introduced as part of cost-cutting measures due to the pandemic.

Michelle Mitchell, chief executive of CRUK, said the charity has “a long way to go” but is taking steps to improve its recruitment processes and embedding its diversity plan across the organisation.

In November 2018 CRUK set a three-year target to increase the proportion of ethnic minority employees from 11% to 16%. It says it was largely on track to meet this before the pandemic forced it to pause recruitment meaning it did not make much progress in the third year.

CRUK will keep the 16% target but last November decided to extend the deadline to achieve this to the end of June 2023.

By 2023, it aims for 12% of its senior leadership team to come from an ethnic minority background. But this year the figure was just 4%.

When it came to gender balance, CRUK mostly met its target for an equal split at the senior leadership level.

“We have also refreshed our commitment to maintain a gender-balanced senior leadership team. We met our target for four consecutive quarters but dipped to 41% for quarter three this year,” its report says.

This year CRUK published its race pay gap for the first time. This showed the mean ethnicity pay gap is currently -9.5% (2019/20: -12%), meaning people from an ethnic minority are paid on average 9.5% more than white employees.

“While this is positive news, we have much more work to do as we have a relatively small percentage of ethnic minority staff, particularly at senior levels,” its report said.

CRUK’s mean gender pay gap has reduced to 15% from 15.8% the previous year. But its median pay gap increased to nearly 30%.

The accounts says this “in part due to the success of our growing retail organisation and number of superstores, which typically employ more women often in lower paid roles”.

Chief executive: ‘We know we have more to do’

Michelle Mitchell, chief executive at CRUK, said the charity was committed to implementing the plan it set out earlier this year.

She said: “We’re committed to creating a charity where everyone feels like they belong, benefits from and participates in the work we do.

“I’m proud that even during this challenging year, we have continued to deliver against our EDI plan and published our first cross-organisation EDI strategy. However, while our strategy is a significant step forward, we have a long way to go – and the proof of our progress will be in its implementation.”

She added that since the EDI plan was published it has made changes, such as anonymising CVs.

“We have taken steps forward in improving the diversity of our team over recent years, but we have more to do, and we want to increase the pace of change,” she said. “So, since our EDI strategy was published, we’ve been keeping our plans under constant review, working with our trustees, external experts and – of course – our staff.

“We’ve committed to several specific and additional initiatives - for example, we’re making changes to our recruitment and selection process, have introduced anonymous CVs, we’re increasing our data and reporting, and we’re reviewing our dignity at work policy and practice.”

Finally, Mitchell said that meeting the EDI targets was integral to CRUK’s mission.

“If we achieve our ambitions on EDI we will be a better performing and more effective organisation, and we will make faster progress against our mission of beating cancer.”

This article has been updated with additional detail about when the 16% target was set and when changes were made to the deadline to meet it. 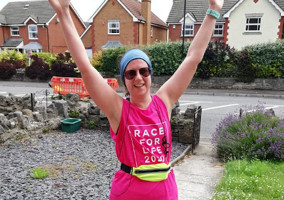 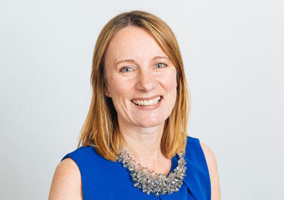