Two cancer research charities in the North West of England have merged, combining expertise on patients and the causes of cancer. 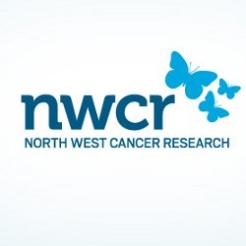 Two cancer research charities in the North West of England have merged, combining expertise on patients and the causes of cancer.

The charities began discussing the merger nine months ago and was decided in order to increase the areas of research that they fund, advised John Lewy-Lloyd, chairman of NWCRF who is joint chairman with Geoff Greenwood in the new charity.

But it comes following a troubled year for Clatterbridge, which in year end 30 June 2011 witnessed an income drop from £2.5m to £1.5m due to reduced voluntary and events income. A sizeable increase in spending on charitable activites also saw its expenditure rise from £1.5m to £3.5m. Following redundancies, the staff base in 2011 was 18.

No redundancies occured as a result of the merger, which sees the new charity function from the NWCRF offices in Oxford Street, Liverpool and NWCRF chief executive Anne Jackson retaining her role in the combined charity.  Clatterbridge functioned under the leadership of Geoff Greenwood who was chairman, as there was no CEO at the charity.