The Cabinet Office has announced a new Commission, headed by Nick O’Donohoe, which is tasked with unlocking £1bn from dormant assets to fund good causes. 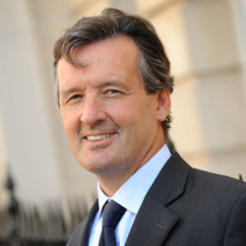 The Cabinet Office has announced a new Commission, headed by Nick O’Donohoe, which is tasked with unlocking £1bn from dormant assets to fund good causes.

The new Dormant Assets Commission has been launched to “unlock billions of pounds worth of dormant assets, such as stocks and shares that have been untouched for more than 15 years”.

The Commission, which was announced on Saturday, will collect funds to go to a number of good causes in a scheme that the Cabinet Office has described as being similar to that used by the Big Society Capital for dormant bank accounts.

He said: “Over the past few years, I have been privileged to witness first-hand how unlocking UK dormant bank accounts for good causes has led to real improvements in people’s lives. But there is so much more potential. The Dormant Assets Commission provides an exciting opportunity to realise this, and I look forward to working with the team to make this a reality.”

Over the next year, the independent Dormant Assets Commission will identify new pools of unclaimed assets which it says may include stocks, shares, pensions and bonds.

Rob Wilson, minister for civil society, said: “More than a billion pounds of assets, that might otherwise sit gathering dust, will go into funding for charities that make a real difference to people’s lives across the country. To build an even more caring and compassionate country we need to transform dormant resources and give the funds to those who need it. I have no doubt that Nick is going to present a cast iron plan to help charities in the years ahead.”

The policy drive builds on the Dormant Accounts Scheme, where banks and building societies contribute accounts that have been untouched for 15 years to good causes.

The government estimates show more than £1bn of untapped sources of dormant assets. The Commission will work to identify assets such as stocks and shares, pensions and bonds, and unclaimed insurance pay-outs.

Since the Dormant Accounts Scheme started in 2008, £750m worth of dormant accounts have been volunteered by major banks and building societies. Of this, tens of millions have reached small charities across the UK.

The new Commission has been tasked with “putting rocket boosters” under the existing scheme, and unlocking many hundreds of millions of pounds of dormant assets to “revolutionise how the voluntary and charity sectors are funded”.

Sir Stuart Etherington, chief executive of NCVO, said: “This will undoubtedly make an important contribution to the funding mix in the longer term.

"Repurposing money in untouched stocks, shares, pensions and bonds will ensure that charities can continue to help people to come together and make a difference."

"However it is important to remember that this careful work will take time, so unlikely to help the many charities currently struggling to address gaps in their funding.”

Sir Stephen Bubb, chief executive of Acevo, said: "This is great news for charities after a year of hard shocks and tough knocks. To make the most of this opportunity we need to act as well as talk. We've been encouraged by the way that government has used dormant assets to help build the social investment market but there is more that needs to be done.

“This Commission should focus on, and invest in, revolutionising governance and leadership. We know from the Kids Company debacle that good governance and strong leadership are needed to deliver for the front line. Acevo is behind this initiative and will a be driving force behind the Commission and government to ensure that this welcome opportunity is not wasted."