Brooks Newmark: charities should stick to their knitting and keep out of politics 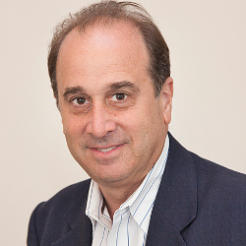 Charities should “stick to their knitting” and stay out of the “realm of politics”, Brooks Newmark, the new charities minister, told delegates at a conference on social action this morning.

Newmark was responding to a question about charities campaigning after his first speech as minister for civil society at an event, held jointly by the innovation charity Nesta and the Cabinet Office Centre for Social Action, called People helping people: the future of public services.

“We really want to try and keep charities and voluntary groups out of the realms of politics," Newmark said. "99.9 per cent do exactly that. When they stray into the realm of politics that is not what they are about and that is not why people give them money."

Newmark had been asked about his response to his party’s concerns over charities campaigning.

He said: “The important thing charities should be doing is sticking to their knitting and doing the best they can to promote their agenda, which should be about helping others.”

In his speech, Newmark, the Conservative MP for Braintree, said he thought social action was “at the heart of what it meant to be a father, an active citizen and a politician”.

He spoke about setting up his own education charity in Rwanda. He said he saw his job as “helping you to do yours, or the government helping people to help people”.

“The British public are the most generous in the world, they never fail to reach into their pockets to give or give their valuable time to help others,” he said.

Newmark said he thought the concept of ‘big society’ meant “making it easier for people to help their families, their communities and those around them; contributing to making this country a better place. We should be shouting this from the roof. This is one of the most successful and powerful forces around.”