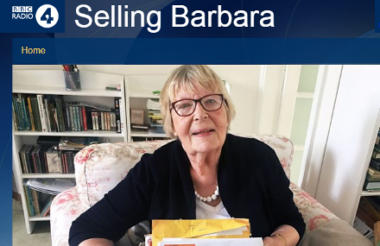 The British Red Cross is one of three charities criticised in a BBC radio documentary on fundraising this morning but the charity says it has never sold supporters' personal details.

Marie Curie and Smile Train were also named by the BBC as having knowingly swapped and shared the details of 90-year-old Barbara Smith, who was the subject of today’s documentary Selling Barbara.

The documentary, which was broadcast this morning on BBC Radio 4, follows Smith, who donated to 16 charities on a regular basis but had grown concerned about receiving large amounts of direct mail and gifts from charities she had never donated to. She suspected the charities had sold her data.

In a statement given to Civil Society News, a Red Cross spokeswoman said: “The British Red Cross has never sold the personal details of its supporters and stopped sharing them with other charities in May 2015.

“In the past, like many charities, we agreed with selected charities to share the names and addresses of supporters who had not objected to their details being used this way. We acquired Mrs Smith’s details as a result of such an agreement in 2010.

“Mrs Smith was kind enough to respond to the letter of appeal we sent her, and at this time she would have been presented with an option to opt out of her details being shared with other charities.

“Importantly, we have since changed our policies and this would not happen now.”

Smile Train was singled out in the documentary for having shared data with 10 other charities, including the British Heart Foundation, International Fund for Animal Welfare and The Mare and Foal Sanctuary, amongst others.

In the documentary, Susu Stinton, trustee of Smile Train was interviewed by Smith, and said that while the charity does not share supporter’s personal details anymore, “it was so widespread, I think you’d actually be harder pushed to find a charity which didn’t share data” between 2010 and 2015, when the practice was banned.

Stinton told Civil Society News: "I welcomed the chance to explain to Mrs Smith the reasons many charities, including Smile Train, used to sell donors’ details to other charities. Appropriately for us, the programme aired on World Smile Day, a day on which over one million young people across the developing world can now celebrate their smiles, thanks to our donors’ generosity.

"Other charities refuse to put themselves up for questioning but Smile Train values transparency as we believe it’s what our donors expect and deserve. Mrs Smith explained to me that donors were unaware that sharing data was widespread across the industry, albeit with the laudable intention of raising more money for good causes.

"I was able to reassure her that two years ago, when Smile Train learned that some people felt intimidated by the number of charities making requests of them as a result of data sharing, we ceased the practice.

"We remain indebted to donors like Mrs Smith, as we see first-hand the life-transforming results of their generous giving.”

Marie Curie said: "As we said in the programme we have no record of Ms Smith's details. We no longer share data with other charities or third parties.”

In the documentary, Smith and BBC producer Lydia Thomas also interviewed Lord Grade, chair of the Fundraising Regulator, Paula Sussex, the then chief executive of the Charity Commission and Mark Goldring, chief executive of Oxfam.

In a statement regarding the documentary, the Fundraising Regulator said stories like Barbara Smith’s highlighted why the organisation was set up in the first place.

A spokesman for the regulator said: “Barbara has clearly been placed in a difficult position. Her situation highlights why the Fundraising Regulator exists: to help rebuild the relationship between the public and the charity sector. This is a gradual process and one that we are seeing progress on, with many charities making a conscious effort to review how they communicate with donors and the public.”

Aidan Warner, external relations manager at the NCVO, said: “This programme is a vivid reminder of the public perceptions problem that has been created and that we all need to work together to overcome. It’s illuminating listening for anyone concerned about charity reputation.

“The sector has made very good progress but we must remain focused on this and continue to think hard about the impressions we’re leaving on donors and the public.”

Warner also said the programme showed that the sector should consider making the term ‘Dorothy Donor’ taboo. “While I’m sure it was never intended disrespectfully, it sounds so and we shouldn’t be using it, even internally”.

The Institute of Fundraising said that the sector is committed to improving the experience of donors.

Peter Lewis, chief executive of the Institute of Fundraising, said: “Mrs Smith’s account on the ‘Selling Barbara’ BBC 4 Radio programme highlights that there is still concern among some donors. This reiterates the importance of both changes that have taken place in recent years – the banning of selling data, the new and stronger Fundraising Regulator and the Fundraising Preference Service – and the ongoing work by charities themselves to ensure fundraising practice keeps pace with public expectations.  These changes were, are, and will continue to be supported by charity fundraisers because they know that high standards and public confidence matters.

“The programme also highlights the positive difference that charities make in the world, and the importance of the public’s support in making this possible.  Nothing is more important to charity fundraisers than the support of donors, and this is why the fundraising sector is so committed to improving donors experience and connecting people with the causes they care about.” 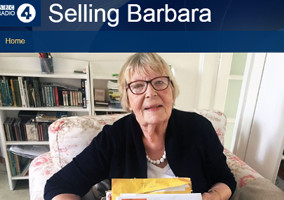 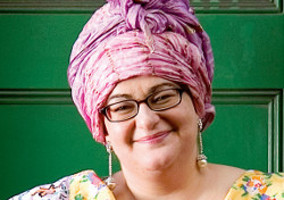 BBC to air documentary about fall of Kids Company next week 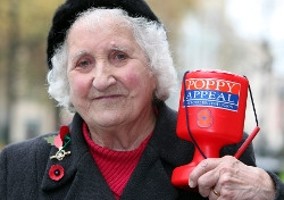