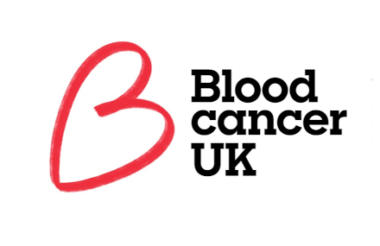 The decision was made because the name Bloodwise was not clear enough in communicating the charity's purpose and objectives, the charity said.

This is the second time in five years that the charity has rebranded. It was formerly known as Leukaemia & Lymphoma Research and had only become Bloodwise in 2015.

The charity said that the decision to rebrand was made after consulting with its community and receiving feedback from people thinking it was not a blood cancer charity but a blood donation service.

It said: “It became increasingly clear that having the name Bloodwise meant people were missing out on our information and support, as well as the chance to raise money to help beat blood cancer.”

The costs of the rebrand were covered by supporters who specifically donated money for this purpose.

Blood Cancer UK said that while it had originally planned a campaign to raise awareness for the new name, it has decided to cancel it while it focuses on the increased demand for its services the coronavirus crisis has caused.

The charity said: “We also considered whether we should delay changing our name for a few months because of the coronavirus. In the end, we decided not to.

“One of the problems with the name Bloodwise was that it acted as a barrier to people reaching us. Given that people with blood cancer need our support more than ever right now, we decided that moving to a more descriptive name would help more people reach us and so we should do it as soon as possible.”

Changing name again ‘not something you do lightly’

Blood Cancer UK’s CEO Gemma Peters has written a blog on the rebranding process. She said that she initially resisted the idea, but in the end was convinced that given the low advertising budget it would be very hard to reach good brand awareness without a name change.

She wrote: “Of course, changing a name for the second time in five years is not something you do lightly. I expect we’ll get a some stick for doing it, and I still think we could have made the name Bloodwise associated in the public’s mind with blood cancer eventually and raised the money to play our part in beating blood cancer in the next 30 years.

“That meant that keeping the name Bloodwise wouldn’t be doing the right thing for people affected by blood cancer and, once that became clear, the decision was easy.”

On Sunday Peters wrote an article for the Sunday Times, explaining how charities are struggling during the current crisis.

She wrote that her team is currently responding to “thousands” of requests for advice and can hardly keep up, and the charity is “already facing agonising decisions about what we will no longer do and whom we will no longer support”.

She asked the government to help charities through this difficult time: “The government knows we are an important part of the system and the services that this wretched virus is doing so much to attack. It must support us as it has others, so we can play our full role and keep vital services afloat.”

Looking to the future: Vision Foundation's new brand and strategy