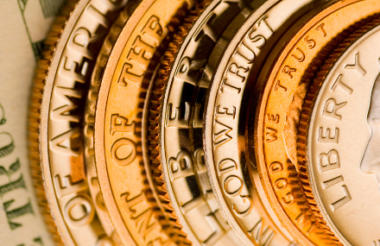 Blockchain technology could eventually be used to carry out many of the functions of a traditional regulator, according to a new paper by the Charities Aid Foundation.

Blockchain technology is the basis for cryptocurrencies such as Bitcoin, and CAF previously published a paper looking at how it could be used for philanthropy.

The latest paper suggests that the transparent nature of blockchain technology could change how charities are registered and overseen by regulators, including the Charity Commission.

CAF has highlighted six ways this could happen:

Rhodri Davies, CAF’s Giving Thought policy lead and author of the report, said: “Today, charity and not-for-profit regulators around the world play a vital role. Here in the UK, registering with the appropriate regulator confers a status that helps organisations raise funds, bid for contracts, access gift aid, tax reliefs and other exemptions.

“But as blockchain possibilities expand, the traditional role of the regulator is likely to shrink, bringing with it operational efficiencies which would benefit the not-for-profit sector.

“Blockchain technology is big news right now, but regardless of the specific technology that ends up being used, the future for charities is likely to see a move towards radical transparency, decentralised governance and greater automation of functions.

“As some of the world’s biggest companies look towards blockchain to expand their horizons, and many governments and public bodies are exploring the ways in which the technology could improve their work, the charity sector has an opportunity to revolutionise regulation and transform how not-for-profit organisations are governed.”