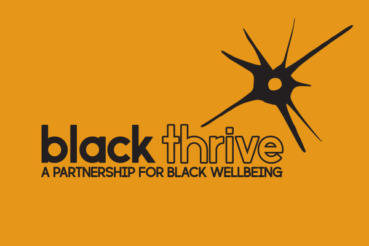 Grassroots Black and ethnic minority groups are sometimes exploited by charity partners that “want to have a bit of melanin” in their funding bids, according to the director of Black Thrive.

Natalie Creary, director of Black Thrive, a charity which works to improve access to mental health support for Black people in south London, also warned that small BAME-led groups are “losing out” on emergency coronavirus funding.

Campaign groups have previously called on foundations to ringfence funding for BAME charities during the pandemic.

A question of resources

Creary told a panel at the NPC Ignites conference that the charity sector needed to think about “where our resources are flowing” as it tries to tackle the impact of Covid-19.

Asked what advice she had for medium and large charities trying to tackle inequality through their work, Creary said that larger organisations must work “in genuine collaboration and partnership”.

She said: “Often smaller Black and other minority ethnic groups get approached to work in partnership on bids, and it look great to have a bit of melanin on your application.

“But actually, when it comes down to where the resources flow, you don’t actually see that [resource], so it is quite tokenistic.

“We have been approached where we have been awarded less than their stationary budget [at the larger partner charity], so that just gives you a sense of how Black and brown labour is valued.”

Speaking about “the race for resource” to help beneficiaries amid Covid-19, Creary said: “Funders were responding really quickly, or were trying to respond quickly in terms of giving money out, but what we started to see was that people and organisations from Black and ethnic communities were really losing out.

“So despite the fact that they saw a surge in demand for their services, because we are generally micro-organisations or smaller organisations, we don’t have access to fundraisers who can knock out a bid for us really quickly.

“So we were not able to respond at the pace required to access those funding streams.”

Creary also argued that the sector needed to “get our own house in order” before lecturing others on race equality.

She said: “If the sector is really serious about addressing social injustices, we need to get our own house in order.

“I think as a sector we are very good at telling statutory services and private sector organisations how awful they are in contributing to the injustices we observe – and to some extent that is very true – but actually we are not immune to it.

“Especially in terms of systemic racism, it is something which permeates all aspects of our society. And just because we are trying to do good, that we shouldn’t become complacent to think that we are not being racist or acting in racist ways ourselves.”

Charities need to “move away from just minimising people’s suffering”, Creary said, “to fundamentally trying to address the structures, and dismantle the structures, that create the disadvantages we see in the first place”.

She added: “Well-intentioned interventions can and do harm.”

Elizabeth Balgobin: The National Emergencies Trust and me