The UK’s biggest trade union has confirmed that as many as 200 jobs are at risk in a proposed merger between the RNIB and Action for Blind People.

A spokesman for Unite confirmed that up to 200 jobs could be at risk as part of a restructure, which will see Action for Blind People become fully merged with the RNIB.

The Unite spokesman said the union would work hard to limit the number of redundancies that would result from the merger.

Mike Eatwell, regional officer at Unite, said: “There is currently a consultation arising from a reorganisation at the RNIB. We understand that there is a potential of 200 jobs at risk. However, the expectation is that, through redeployment and non-replacement, the actual number of redundancies should be significantly less than that figure.

“Unite will be giving our members maximum support during this stressful time and working very hard to reduce the number of jobs under threat during the consultation period.”

The RNIB has worked in a formal partnership with Action for Blind People since 2009. Since the summer of 2014, Action for Blind people has operated wholly as a subsidiary of RNIB, but has kept its own branding.

According to the charity register, Action for Blind People has over 500 full time employees and had an income of £27.9m last year.

RNIB: ‘We have to make careful decisions’

Sally Harvey, chief executive of RNIB, confirmed that plans for a merger with Action for Blind People were in the works and said the charity is “spending our money to make the most of the resource we have”.

"Like any charity we have to make careful decisions to ensure our long-term sustainability. These are challenging times and we have to keep a careful watch of where we are spending our money to make the most of the resources we have."

She said the merger was an important part of ensuring that the RNIB can continue to deliver services for its beneficiaries, but confirmed there would likely be “job losses” and that RNIB was working with Unite to minimise them.

“As part of these changes to the way we work, there may be job losses. We are working closely with the unions to ensure that the jobs losses are minimal and that people are redeployed where appropriate”.

In 2015, 438 employees of Action for Blind People were transferred to RNIB. The transfer involved every member of staff in Wales, Northern Ireland and Scotland, as well as a small number of employees working in England.

Unison, another trade union, said at the time that it was a “serious concern” that staff and service users did not understand why the changes were taking place.

Simon Watson, national officer at Unison, said: “Staff have been left in the dark and very little has been done to reassure them. They are angry and concerned about these proposals”. 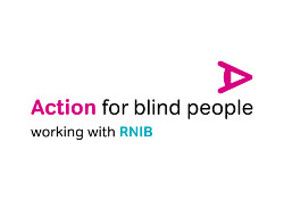