John Stone, founder of one the UK’s largest international grant makers, outlined to an audience of fundraisers how best to attract major donors. 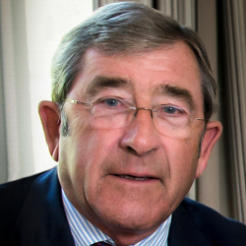 John Stone, founder of one the UK’s largest international grant makers, outlined to an audience of fundraisers how best to attract major donors.

Stone, who founded the Stone Family Foundation with a £50m endowment in 2005, was speaking at Fundraising First Thing yesterday and told fundraisers to treat prospective major donors as human beings.

“One of the most important parts of working with an organisation, for me as a philanthropist, comes from building trust.

“A lot of that trust as a major donor comes from how an organisation speaks to you. Philanthropists are people, so find out what they're interested in and play to that.”

Stone’s foundation gives over £5m a year worth of grants to entrepreneurial, not for profit organisations working in water, sanitation and hygiene as well as with mental health and youth charities. He said his foundation was hoping to increase the scope of their grant giving in the next year.

Stone also said that he personally liked to feel that he was a part of any organisation he was giving grants to and said an important part of that was being introduced to everyone at the charity, not just the fundraising team.

Stone also suggested that, as many prospective philanthropists would be coming from a business background, they would be more likely to donate to organisations which approach their charitable work in the same way.

“Doing your research is always a good first step. Then you have to know your selling points. Start with the basics and explain what it is that you actually do. You’d be very surprised how often I’ve sat down with a charity and, after their pitch, still not really known what it is they’re trying to do.”