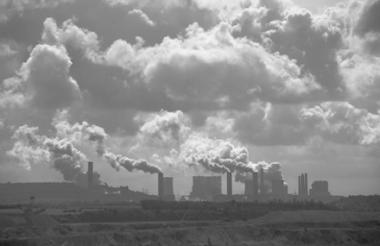 Last October, experts from the UN Intergovernmental Panel on Climate Change warned that we have just 12 years left to limit planetary warming to 1.5°Celsius and avert the catastrophic environmental changes that would devastate the lives of hundreds of millions of people. Our domestic politicians heard that news, glanced up for a nano-second, and then resumed their Brexit wrangling, seemingly unable to comprehend that Brexit will be little more than a sideshow if global temperatures continue their inexorable rise.

Fortunately, some kids also heard the news, and resolved not to just stand by and watch their futures evaporate. Inspired by Swedish teen Greta Thunberg, who has skipped school every Friday since September to protest at her government’s lack of action on climate change, children all over the world including an estimated 15,000 in the UK, went on strike from school on 15 February and marched to catch the attention of their own politicians. They carried homemade placards spouting imaginative slogans such as ‘Soon there won’t BE a field to run through’ (beside a drawing of Theresa May) and ‘There is no planet B’. But apart from a congratulatory tweet from Green MP Caroline Lucas, most MPs continued to look the other way. The kids aren’t done, though; more strikes are planned, including a global one on 15 March. A new generation of civil society activists is in training.

In other exciting news, the UK charity sector has also decided to show leadership on this most crucial of issues. A coalition of nearly 20 charities, including RSPB and Joseph Rowntree Charitable Trust, have asked the Charity Commission to seek an urgent ruling from the Charity Tribunal on whether charities should be investing in companies that contribute to dangerous climate change, or whether they must ensure that their investments support their duty to provide public benefit. In an open letter to the Commission, they suggested hopefully that a “court might conclude that there is some form of presumption that a charity’s investment strategy ought to be compatible with a transition to a 1.5°C world”.

What was the Commission’s response? Yes, it “welcomed” the letter and said it was “sympathetic to calls for greater clarity”, but then cautioned that other options might be preferable to a Charity Tribunal ruling. Pressed on what these might be, the Commission said it had only just received the letter and needed time to consider it. But it also pointed out that its guidance, CC14, is already permissive on ethical investment, stating as it does: “Trustees of any charity can decide to invest ethically, even if the investment might provide a lower rate of return than an alternative investment…However, a charity’s trustees must be able to justify why it is in the charity’s best interests to invest in this way.”

Am I alone in being bemused by this luke-warm response? It was only a few months ago that the Commission was publicly chivvying charities to raise their standards, to act out their charitable values in everything they do, to behave as the public would expect charities to behave. Now they are trying to do exactly that, and the regulator doesn’t seem interested. Go figure.

Or maybe the Commission has simply missed the vital word in the charities’ letter: “urgent”. As one London student’s placard read: ‘This can’t wait until I finish school’. The regulator knows better than most how protracted legal cases can be. It should support the charities’ efforts to do the right thing, and heed their call for action – and fast. 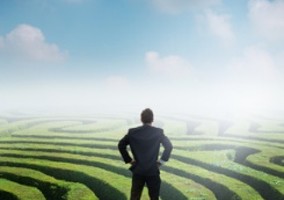 Tania Mason: The Commission must navigate a moral maze with its new strategic approach 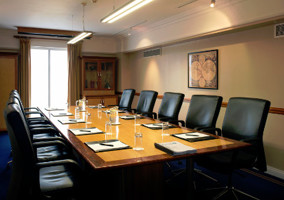