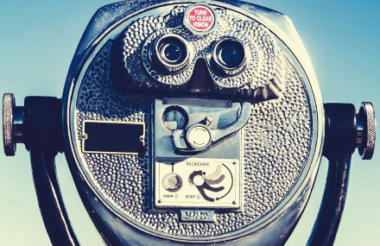 Stephen Cotterill reflects on what 2016 meant for fundraisers, and says that what they really need now is clarity.

Many of us will be pretty relieved to see the back of 2016. Not a great year for geopolitics some would argue; not exactly stellar for fundraising either; and undeniably rotten for music lovers.

The year ended with a flurry of activity from the regulators, with the ICO fining two major charities for poor data management practices that were careless at best, unethical at worst and entirely damaging whichever way you look at it.

So, the sector has to shape up, we know this. It’s been a long time coming and efforts, certainly since the middle of last year, have been both stringent and rapid. Charities are fundamentally changing fundraising practices, halting unlawful data sharing and starting to realise that the rules that apply to all also apply to them. It’s not too late to turn the tide; the public is amazingly benevolent when it comes to charity and, with careful stewardship, fundraisers can regain trust. They have to.

But the key word here is stewardship. When the smoke clears on the adjudications and the dust settles on the details of the Fundraising Preference Service and other guidelines, it is essential that everyone knows what they can and cannot do. The regulators took a hard line at the end of last year, certainly in the language they used if not the size of the penalties. A shock tactic designed to inspire indignation, but also debate. It did both. Now, however, what fundraisers need above all else is clarity.

Once we have that, there can then be no excuses. Fundraisers can shape their strategies and look to meaningful, transparent engagement with donors, one free from past preconceptions of quantity over quality or bad practice through oversight or wrongful intention.

As the late Leonard Cohen said: “Act the way you’d like to be and soon you’ll be the way you act.”

Editor's note: This article has been updated to clarify that fines issed to two major charities were only made by the ICO.