Stephen Cotterill: Fundraisers are needed more than ever with no-deal looming closer

With a no-deal Brexit looking all the more likely, fundraisers will be needed more now than ever. 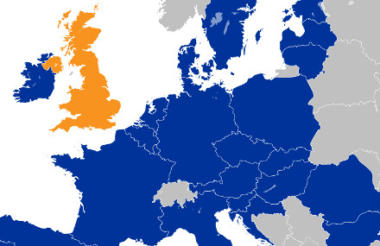 By the time this magazine lands on your desk, Theresa May will be a dim, but not so distant, memory. Her exit leaves the way for a leadership dogfight, with the most probable outcome being the instalment of a more gung-ho Brexiteer as top dog. No matter who seizes the leadership chalice, the next Prime Minister will most likely be no friend of Brussels. Coupled with the Brexit Party’s ascension in the MEP elections, the UK looks set on a fast-track to no deal.

So what does that mean for fundraising? In our article a few weeks before the referendum, we laid out some of the possible economic shocks for the charity sector of a hard Brexit – a dip in the value of the pound, a drop in house prices with a knock-on effect for legacies, cost of living rises and less disposable income etc. Three years later, these are all still pertinent.

Chris Walker, senior public affairs officer at NCVO, said in a blog post after May announced her resignation that charities should “make sure your planning fully acknowledges the risks of continuing instability, and in particular the prospect of the UK leaving the EU without a deal”.

Moreover, some of the candidates to be May’s successor, Boris Johnson included, have previously suggested cutting funding for international development and even closing the Department for International Development.

Bond, the umbrella body for aid organisations, said in a statement: “To her credit, the outgoing Prime Minister has provided vital support for UK aid throughout her premiership. We hope that whoever succeeds her will continue this tradition.” I wouldn’t bet on it.

Caron Bradshaw, chief executive of the Charity Finance Group, looked on the bright side following the announcement of May’s resignation saying that charities should “be alert to the opportunities that come with a change in leadership”. She curbed her enthusiasm, however, by adding: “It’s clear, whoever occupies Number 10, that Brexit will dominate the political landscape for the next decade. In this political environment it is difficult to make progress on addressing the serious social and economic issues facing our country.”

Amid this continued uncertainty, fundraisers need to make their voices heard – to the public, to funders and to the government. They have to cut through this fickle, partisan bickering and get the core message across that good causes need money. It’s not going to be easy, but it’s no time to despair. 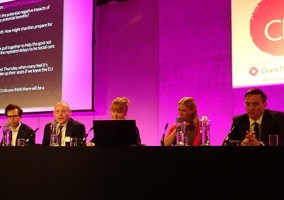 No-deal Brexit would be ‘catastrophic’ for charities, warns CFG 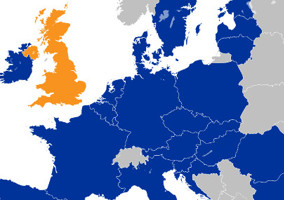 NCVO publishes free guide for charities about preparing for Brexit