Stephanie Smith: Charities are seeing the benefits of ESG engagement for investments

Stephanie Smith discusses the results of recent research on engaging with companies on environmental, social and governance (ESG) factors. 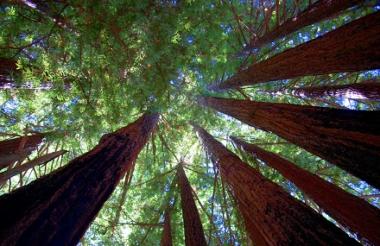 Charities’ investment decisions are increasingly being influenced by issues such as climate and sustainability, as they start to see the financial benefits of engaging with companies on environmental, social and governance (ESG) factors. These are among the conclusions from the 2019 Newton Charity Investment Survey, which was conducted among leaders and decision-makers in the UK charity sector, and received 102 responses.

Our surveys in recent years have consistently highlighted how a significant proportion of charities view ESG factors as important when considering the management of their investment portfolios. As topics such as climate change have risen up the agenda, the growing focus on environmental and sustainability issues has helped drive charities to support engagement with companies on ESG issues. However, the survey indicates that, for the first time, charities are starting to see the potential benefits of ESG engagement in terms of investment performance.

Furthermore, charities increasingly believe that it is better to engage with businesses to change their behaviour than to shut the door on them completely. The majority of respondents (80 per cent) in our 2019 survey feel that when companies do score badly on ESG criteria, they should be engaged with and pressurised to change rather than excluded from portfolios. 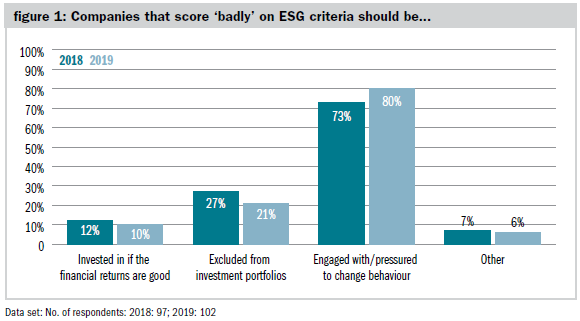 With climate change thrust into the media spotlight by the actions of Extinction Rebellion, Greta Thunberg and others in 2019, it is perhaps unsurprising that it presents a key concern for charities as they look to the management of their investments over the year ahead. Among the wider issues (unrelated to performance) mentioned most frequently among survey respondents, climate change trailed only ethics as a concern among charitable investors.

Whether the pressure to moderate investment choices is internal, through feelings of responsibility – or external, through pressure from stakeholders – charities once again appear to favour engagement as a method to ensure that climate change factors are considered in the management of investment portfolios. Some 70 per cent of respondents feel that engagement is the best approach, with only 24 per cent stating that divesting from companies whose activities are at odds with a low-carbon world is preferable.

Moreover, 73 per cent of respondents identified investing in companies with sustainable business practices as a form of sustainable investment, with 58 per cent identifying investment in companies that contribute to sustainable development goals – goals that include affordable and clean energy and climate action.

Charities’ mounting conviction that pursuing a sustainable investment approach need not be detrimental to returns is backed up by academic research. In fact, a growing body of evidence suggests that, by focusing on actively engaging with companies on responsible and sustainable investment factors, returns may actually be enhanced.

Newton has been a long-term supporter of the Centre for Endowment Asset Management at the University of Cambridge’s Judge Business School, which has provided valuable data to back up this assertion. The centre undertook an active ownership study, which examined examples of 2,152 engagement sequences at 613 US companies between 1999 and 2009. The rate of engagement success was 18 per cent, and it required an average of two to three engagements before success was achieved. Typically, the time between initial engagement and success being recorded was 1.5 years. The 2,152 engagements were split into 1,252 environment and social sequences and 900 corporate governance sequences. 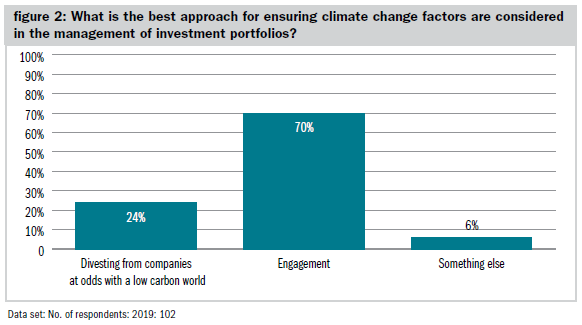 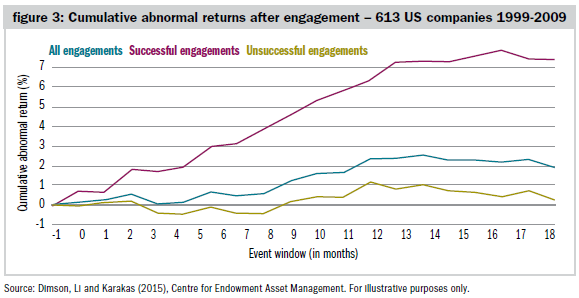 The value of active engagement

We believe that such engagement activity should form a key part of any sustainable investment strategy. Actively engaging with companies allows investors to monitor changes in management processes and remuneration, as well as social and environmental issues. By taking a proactive approach to engagement activity, it is possible to work with companies to increase the sustainability of their businesses over time.

The most direct form of engagement is taking an equity stake and voting. However, we also believe that using human interaction to maintain a meaningful dialogue with a company is vital in helping to deliver better outcomes for shareholders, companies and society as a whole. In 2019, working alongside eight other investors, we co-filed a special climate change shareholder resolution asking BP to explain its thinking on climate change and how its business is aligned with the Paris Agreement on climate change. BP’s board positively supported the proposal and the resolution was passed with a huge majority at the company’s AGM in May. Other topics on which we have recently engaged with companies include palm oil, cobalt mining and gender diversity.

We believe that the demand for sustainable strategies will continue to grow as charities become increasingly aware of the need to make progress towards a more sustainable approach to investment. A forward-looking, active investment approach, which puts ESG factors at the forefront of decision-making, could help charities to achieve a dual outcome of investment returns and positive societal outcomes.