Orlando Fraser, Charity Commission board member, tells Kirsty Weakley that the regulator is committed to the independence of the sector. 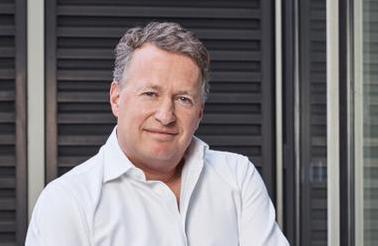 Orlando Fraser, Charity Commission board member, tells Kirsty Weakley that the regulator is committed to the independence of the sector.

Recent weeks have seen the governance of the Charity Commission come under serious criticism from around the charity sector. But Orlando Fraser, board member and chair of its policy guidance committee, believes those criticisms don’t acknowledge the progress that the Commission has made.

“The board is really hard working and committed to making the Commission the best, most efficient regulator we can be,” he says. “No one has said we are perfect and there is a long way to go, but on the big picture areas we really think we have made progress - and the National Audit Office agrees with us.”

Fraser spoke to Civil Society News following recent criticism around a number of issues from several of the sector’s infrastructure bodies. In particular, these representative groups had reacted badly to the Commission’s new guidance for charities on the EU referendum, which was seen as an attack on campaigning. They also questioned whether the board has become too involved in the day-to-day running of the regulator, and suggested that it had become too much of an old boys’ club, with too many close links to the Conservative Party and right-wing think tanks.

Fraser is keen to address these concerns head-on. He agrees that the board is much more involved in executive functions than is normal for public bodies, but that this is down to its recent history.

Shortly after Fraser and his colleagues were appointed in 2013, he says, the Commission found itself “under quite a lot of attack from the Parliamentary stakeholders”. The Public Accounts Committee had just given the Commission a battering over its handling of the Cup Trust – a charity used as a massive tax-avoidance scheme – and had instructed the Commission to become a more robust regulator.

Since then, he says, there have been clear signs that the Commission is heading in the right direction. He points to the introduction of the online registration tool, the recent legal victory allowing the interim manager to withdraw the Cup Trust’s gift aid claim, and the settling of a contentious case involving the Preston Down Trust, a congregation of the reclusive Plymouth Brethren, which led to accusations that the regulator was anti-Christian. He says that new powers for the Commission outlined in the recent Charities (Protection and Social Investment) Act are a “vote of confidence” in its ability to do its job.

Social links and associations between board members and prominent right-wing think tanks have led to questions being asked about whether the Commission board is too close to the Conservative Party. But Fraser is adamant that the regulator guards its independence fiercely.

“I have never seen us kowtow to government,” he says. “We take the Commission’s independence just as seriously as we take the sector’s independence. They’re both vital to the wellbeing of charities.”

He says he had not met any of the other board members before joining the Commission, despite several shared social connections. Nor had he had contact with think tanks the Institute of Economic Affairs, the Henry Jackson Society or Politeia – though he was involved with Iain Duncan Smith’s Centre for Social Justice (CSJ).

Fraser adds that while he previously stood as a Conservative candidate he is now “resolutely and cheerfully non-party political”.  And says he has “much longer and deeper connections to the voluntary sector than I ever had to the Tories”.

He says he “understands the passion young people have to help others in distress”. In the early 1990s he “got a burning sense of injustice about the treatment of Muslims in the Bosnian civil war”, raised donations and took food and medical supplies to North East Bosnia.

Later he was later involved in a local community charity, and chaired the voluntary sector working group of the CSJ, which published its findings in 2007. For this he spoke to hundreds of charities over a two-year period. He continues to be the patron of a rehabilitation charity the Longford Trust. In his day job as a barrister he works in trust law and has experience of drawing up trust deeds for charities.

“Overall I may not be a professional in the sector but I have demonstrated a pro bono commitment to civil society stretching back 25-plus years,” he says. “I’m fully committed to the independence of the sector because I really understand it and I love it.”

The board has also been accused of becoming too involved in executive functions.  It is perfectly entitled to do under the Charities Act but leading figures in the sector have suggested that it should consider stepping back to a less hands-on role.

In 2013 the amount of time board members were able to spend on Commission work was increased. While there has been no formal return to the previous time limit, Fraser says his own input has dropped by around 30 per cent as things have improved.

“Parliament has set us up with executive powers which allow us to be more involved if we need to, but at the same time we have an excellent executive of 300-plus very clever brilliant people,” Fraser says.  “There should be no real need, if it’s functioning well, for us to be so involved.”

He says that in his first year he spent about 60 days on Commission business. In the past two years this was around 40 days.

The Commission also faced criticism of a decision not to publish the full text of an internal governance review that was carried out last year. A summary was published instead. Fraser says there are no “hidden gremlins” but that “the legal view is that for us to have a safe regulatory space internal reports should remain internal reports”.

“We understood that the public should know the main conclusions and our actions and we have done that.”

The review identified a risk of a disconnect between the board and executive, and Fraser says the Commission has tried to address this. He says that “executive directors attend board meetings on all the relevant issues”.

Another key recommendation was that a board member with IT expertise should be appointed. Because the Cabinet Office has not done so, Fraser says the board has retained an IT consultant to “act as oversight for us”.

Some sector figures have expressed surprise at the establishment of a policy guidance subcommittee, which Fraser chairs, and which monitors all guidance the Commission produces. Fraser says the reason the committee exists is to “make sure guidance is strategically focused in accordance with robust regulation”.

He says the reason it does not have any independent members is that the committee was about the board having “ownership and investment” in policy areas. Also the policy team at the Commission regularly takes on board advice from others before making recommendations.

The committee meets two to three times a year, he says, to consider proposals from the Commission policy department.

“We don’t really trouble the policy department too much,” he says. “They produce erudite recommendations, ideas, heads-up on what they’re doing and by and large we rubber-stamp them.”

Fraser says he doesn’t see the establishment of the committee as connected to the recent increase in criticism of the regulator’s guidance.

“People have always criticised the guidance,” he says.

U-turn on the EU guidance

Fraser accepts that the first iteration of the Commission’s guidance on the EU referendum “wasn’t as right as it could have been, for which I apologise” and adds that when people expressed concern “we corrected it quite quickly”.

He says that the Commission had wanted to get the guidance out quickly after the Prime Minister announced the referendum.

“Some of its stricter language was not to do with any thoughts about campaigning,” he says, but rather “it was to do with the demands made by our Parliamentary stakeholders in 2013 that we be more robust”.

For this reason he thinks it’s slightly unfair to compare the Commission with the regulators in Scotland and Northern Ireland.

“We have had a big stakeholder tell us we have to be more robust, which marks us out a bit from OSCR and Northern Ireland. They haven’t had this rocket from their Parliamentary stakeholder as we have.”

Another aspect of the EU referendum guidance that has caused consternation was the discovery that Gwythian Prins, another of the board members on the committee, had published a pro-Brexit essay for the IEA.

This matter is being taken seriously by Commission chairman William Shawcross and the Cabinet Office is investigating.

Fraser says he was unaware of the essay at the time the policy guidance committee was producing its referendum guidance and is emphatic that it “didn’t influence the Commission view on this guidance”.

As he approaches the end of his three-year term, Fraser says he has found the experience “hugely enjoyable”.

“As a legal board member I found the legal issues extremely interesting and with another hat on I’ve found it fascinating to see a different side to the voluntary sector.”

He adds that it has been “hard work trying to achieve a lot of things with very diminished resources and greater public scrutiny”.

While the “good people far outnumber the bad” he says that some of the “terrible” abuses of charitable status that he’s seen are “quite a motivation for being tough” because otherwise the few “spoil it for the good guys”.