No excuse for late filing of annual accounts

Don Bawtree takes a look at the rules surrounding the late filing of financial accounts. 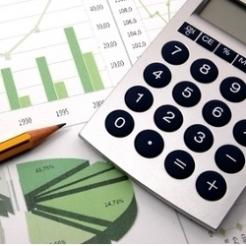 Don Bawtree takes a look at the rules surrounding the late filing of financial accounts.

The Charity Commission has recently issued nine separate inquiry reports on so-called double defaulters – charities which have failed to comply with their filing requirements for two years out of the last five, and had not responded to warnings to comply. The charities in question have now met their legal obligations, but it is instructive to look at some of the explanations provided in the reports.

It should be noted that the Charity Commission appears less than sympathetic. Their general view in all cases is similar: “The charity’s trustees were in default of their legal obligations to file accounting information with the Commission. This was mismanagement and misconduct in the administration of the charity and a breach of their legal duties.”

In one case even death was not being accepted as a legitimate excuse for late filing. Other explanations included: the charity cannot find accountants; the accountants are useless and/or failed to deliver and/or were not prepared to help; trustees forgot about statutory accounts, as they relied on management accounts, or had dissolved the charity; trustees did not understand systems, which mattered because the receivers had the papers, or all the staff had left; and the bank was unhelpful in providing the necessary information.

So what can be learned from this? Firstly, it is always the trustees’ responsibility to sort out the accounts and annual returns, even if others are instructed by them to fulfil the task. The responsibility itself cannot be delegated.

In the housing sector the regulator now expects all regulated entities to check compliance with all applicable laws and regulations. Charity trustees may not have the same regulatory requirement, but the underlying responsibility is the same.

Finally, don’t leave accounts until the last minute – if anything, there is an onus on charities to report as soon, not as late, as they can.

Don Bawtree is a partner at BDO.