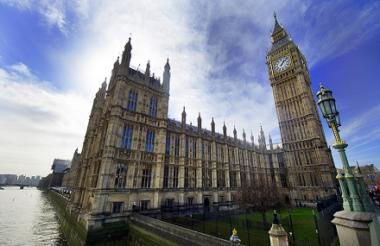 When the new Chancellor Rishi Sunak delivered his maiden Budget in early March it was viewed as something of a barnstormer. But, within just a few days, central banks across the world had implemented interest rate cuts and further quantitative easing in an effort to slow the speed at which the pandemic is destroying the global economy.

Meanwhile, Sunak is supplementing his own response in the Budget that has, within days, become inadequate in the context of a growing economic, social and humanitarian crisis.

Coordinated support from central banks and governments is being offered to markets from all angles. US and Canadian central banks led the charge with sizable rate cuts, followed shortly by others around the world, including the Bank of England (BoE) which dropped rates from 0.75 per cent to 0.25 per cent. But the firepower is running out – the BoE is already making noises about another cut, and if the crisis deepens further, new weapons will need to be deployed.

It is left to the UK government to intervene and counter the economic slump resulting from the coronavirus. While intervention through unconventional monetary policy such as quantitative easing has previously stabilised financial markets, the real economy, its people and businesses will require direct fiscal input. An early example here has been Germany – €600bn of “virus aid” and the promise to spend whatever it takes to protect its economy. At the time of writing, the UK has promised £350bn with the implication that there is more to come.

It was evident before the tragedy of coronavirus that global policy-makers were drifting from a depleted arsenal of interest rate tools towards more government spending to support the economy. The current health crisis is turbo-charging this transition. Interest rates held close to zero coupled with massive government spending across all sectors in the economy, financed by widening government deficits, are likely to become the new normal across the world. We can theorise what this might ultimately mean for inflation but in the near-term, real interest rates will be held as low as possible to counter an unprecedented demand shock and recession. We believe we are witnessing a regime change in the political economy and this will have profound implications for asset allocators of endowments and charity portfolios.

Ed Donati is an investment manager at Ruffer