Economic outlook: Is coronavirus a passing scare or chronic threat? 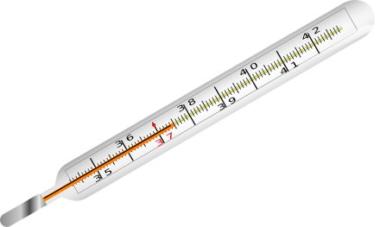 Market sentiment and the global economic outlook ended 2019 on a strong footing. In 2020, however, headlines and sentiment have been dominated by the outbreak of a new coronavirus in China. The response of the Chinese authorities was delayed but decisive, with entire provinces quarantined and many factories ceasing production entirely. The outbreak coincided with Chinese New Year festivities, which will only increase the economic cost of the pandemic.

After dropping precipitously on the initial uncertainty, developed markets have rebounded. Emerging markets initially fell 7 per cent (Bloomberg: MSCI Emerging Markets Index), but have since recovered more than half of this loss. Markets, however, appear to be assuming the effects of the virus will be short lived.

They may also be pricing in assumptions on the Chinese authorities’ response. The Communist Party controls the Chinese economy to an extent that is unthinkable in the West. The past year has seen the party shaken by protests in Hong Kong, a swine flu epidemic that has sent pork prices soaring and now the coronavirus. The theory goes that the party cannot afford any more damage. Add to the mix the upcoming centenary of the founding of the party in China, and there is a strong case for assuming that a large stimulus package to prime the economy is on the way.

Another way of understanding the muted market response is to consider the implications for global interest rates. After the US Federal Reserve’s attempts to normalise their interest rate policy at the end of 2018 prompted a market backlash, global rates policy has loosened once more. An unexpected headwind like the virus provides further comfort to markets that central banks won’t attempt to raise rates again anytime soon.

The situation could still worsen. However, if the market is right to look through the short-term effects of the virus, and if significant Chinese stimulus does occur, this could combine with loosening fiscal policy in the developed world to reignite the reflationary impulse that was evident leading into the New Year. This would be a positive for markets over the short term. However, significant stimulus applied to a mature market could well lead to inflation, and inflation would threaten the accommodative policy upon which markets have become so dependent.

Ben Crawfurd-Porter is an investment associate at Ruffer

New for 2020, the Charity Fraud Conference takes place on 12 May 2020. This full-day conference will look at all aspects of fraud, and include sessions with practical advice on how charities can better protect themselves against loss, and introduce procedures that will help safeguard against fraud. Find out more here.